A history of quality, reliability and affordability

In the years leading up to 1820, technical processes in the manufacture of firearms changed with the introduced of the percussion cap and a plant for the production of this component was established in 1825 in the Habsburg Monarchy outside Prague by Louis Sellier and Nicolas Bellot. The company grew and in 1871 alone, sold 327 700 000 caps (which included rim-fire cartridges and dynamite primers), 2 430 000 Lefaucheux shot shells, 377 000 copper revolver cartridges and 82 800 brass revolver cartridges.

HJ Drinn, importer of S&B products in Durban, sent me semi-jacketed soft point (SP) ammo in 6.5 Creedmoor and SP and semi-jacketed soft point cutting edge (SPCE) ammunition in .308. I used S&B ammunition successfully for several years during my hunting career as it was available at my local co-op and was priced more-or-less the same as the most affordable PMP ammo. Lately, however, I have heard some derogatory remarks regarding ‘cheap’ ammunition (including S&B) not being good enough for hunting purposes. I took these remarks with a pinch of salt, as I have used S&B ammo on various sized game animals, and have seen it being used with excellent results by many hunters locally and in Europe. Practical experience always trumps theoretical snobbery.

As I’ve not used S&B ammo in the last 10 years, I decided to torture test the .308 ammunition by shooting it into homemade wet packs. Normally my wet packs consist of tightly bound magazines soaked in water for 48 hours. The first stack which is 6 inches thick, is placed in front of a 5 litre water container and the rest behind the water container. This time I dropped the water container, using only the wet magazines, which I have found a bit of an overkill as it is much harder on bullets compared to the set-up including the 5 litres water.

In .308 calibre Drinns supplied me with 180gr SP and 150gr and 180gr SPCE ammunition. According to S&B, the SPCE bullet’s cutting edge locks the jacket and lead core together, while producing a clean entrance wound which results in an easy to follow blood trail. This type of bullet is classed as appropriate for light to medium game. The SP is described as a classic soft lead bullet with reliable expansion.

The first task was to fire these rounds over a MagnetoSpeed chronograph. I included Norma Kalahari 150gr factory ammo as a control. The Kalahari is a monolithic bullet of strong construction, but designed to lose its petals during penetration.

The 150gr Kalahari ammo registered a muzzle velocity of 2 884fps, the S&B 150gr SPCE 2 893fps (extreme velocity spread (ES) over 5 shots was 3fps), the 180gr SPCE 2 515fps (ES over 5 shots 11fps) and the 180gr SP 2 473fps (ES of 5 shots 64fps). From this limited testing the ES of the SPCE ammunition was impressive, and the results for the SP ammo well within the specification for hunting ammunition. The notably higher velocities of the 150gr cartridges (Norma and S&B) deliver flatter trajectories for longer ranges where impact velocities should be sufficiently reduced for optimal bullet performance and minimum meat damage. Given the MV of almost 2 900fps, I suspected that the conventionally-designed SPCE bullet would not perform well in a short-range wet pack test. More on this later.

Interestingly the 180gr SP, due to its round nose, did not feed as smoothly from my magazine as I would have liked, something that also happens when I use similarly-shaped Norma Oryx bullets.

I placed the wet pack at 100m to simulate bushveld hunting conditions. Both the S&B 180gr bullets penetrated to about 11 inches, the 150gr SPCE bullet to 12.5 inches and the Norma Kalahari penetrated 17.5 inches. The Kalahari’s solid shank, having lost the petals, ensured deeper penetration. The 150gr SPCE (MV 2 893fps) expanded to .775 inches, but the high impact velocity caused it to shed most of the lead core during penetration. Retained weight was 98.18gr. The ‘wound channel’ was similar to the other two S&B offerings right to the last inch. The 180gr SP (2 473fps) retained 131.70gr of its original weight and expanded to .792 inches, while the 180gr SPCE (2 515fps) retained 154.12gr and expanded to .81 inches.

‘Wound channels’ through the wet pack for the three S&B bullets were on par with more expensive premium-grade bullets used for the same test, and wider than that produced by the Kalahari monolithic. All four bullets should do a great job under normal hunting conditions, with the Kalahari allowing for deeper penetration. The 180gr SP (2 473fps) had noticeably less recoil and this slower 180gr bullet would be my first choice for bushveld hunting.

Testing for precision, it was clear that even with the MagnetoSpeed attached to the barrel, my rifle would perform well with all three bullets. During the precision test, the 180gr SP printed three shots into 14.28mm centre-to-centre (c-c) (.49MOA), the 180gr SPCE 15.87mm c-c (.54MOA) and the 150gr SPCE 11.11mm c-c (.38MOA). I then fired another string of three-shot groups with similar results. The results were comparable to optimised handloads out of my rifle.

The 6.5mm Creedmoor ammunition was used in a precision rifle and unfortunately I was unable to record the muzzle velocity. The factory claim is 2 657fps, which is about 100fps slower than Federal’s factory ballistics for their 140gr Fusion ammo. Personally I think a lower velocity is better for hunting.

Time constraints only allowed for two three-shot groups, the smallest printing into 9.5mm c-c and the second 10.53mm c-c. These are first class results for factory hunting ammunition, but keep in mind that an expensive highly-tuned, precision rifle was used.

Overall I was very pleasantly surprised with the S&B ammunition’s performance and quality. In my test it was extremely accurate – much more than I expected from factory hunting ammo – performed very well in our wet pack test, and to top it all, very affordable. I found the 6.5 Creedmoor ammunition online for R330 for 20 cartridges, and the .308 ammo (SP and SPCE) for R340 per 20. The poor performance of the Rand will probably soon impact these prices but notwithstanding this, S&B must be one of the best bargain buys available. I’m happy to recommend S&B hunting ammo.

Lastly, S&B’s brass is of high quality. Although it’s not as consistent in weight as for example Lapua cases, I have S&B cases that have been reloaded eight times without any problem. I also use S&B large rifle primers in my precision .308 Win loads and, the combination of primers, Alliant 10X powder and 155gr Hornady Amax bullets, is able to consistently print ½MOA groups at 100m and sub-MOA groups out to 582m – the furthest I have so far been able to shoot this combination. 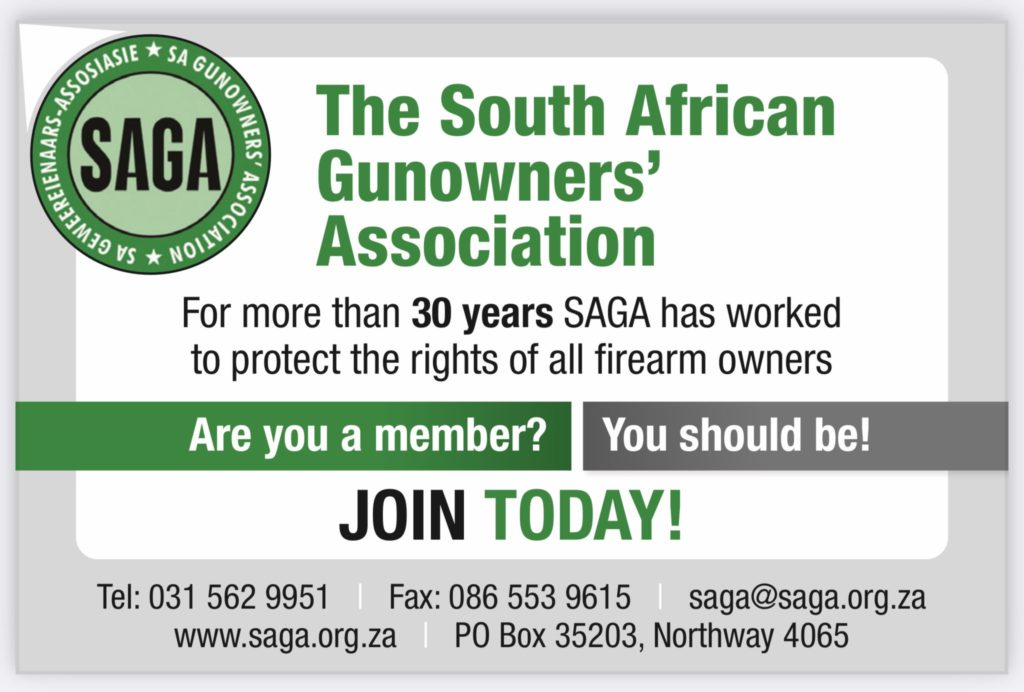 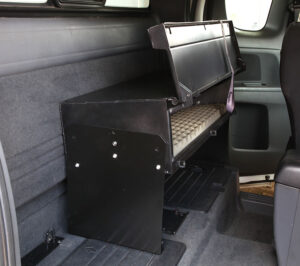